From September 17th to September 19th we had the honour to be invited to this years meeting & air show at the historic air base 116 in France. Air base 116 is one of France’s oldest air bases and has been home to the famous Escadrille La Fayette during World War I, to Spitfire and P-51 squadrons during World War II and now hosts the fighter squadron 1/2 “Cicognes” and their Mirage 2000-5F.

Starting Friday morning, more and more pilots from European countries arrived to join the ensemble and rehearse their display routine. There was a great variety of different fighter jets: Belgium and Denmark presented their F-16s, Switzerland its F-18, the Royal Air Force their Eurofighter Typhoon, Romania the MiG-21 and polish pilots showed off their Su-22 in its striking “NATO Tiger Meet” paint job.

France as the host country also exhibited its very own jets: besides the already mentioned Mirage there were also spectacular Rafale-displays from the Rafale Solo Display team and then the undisputed highlight of the event, the national aerobatic team Patrouille de France performing with the Alphajet. 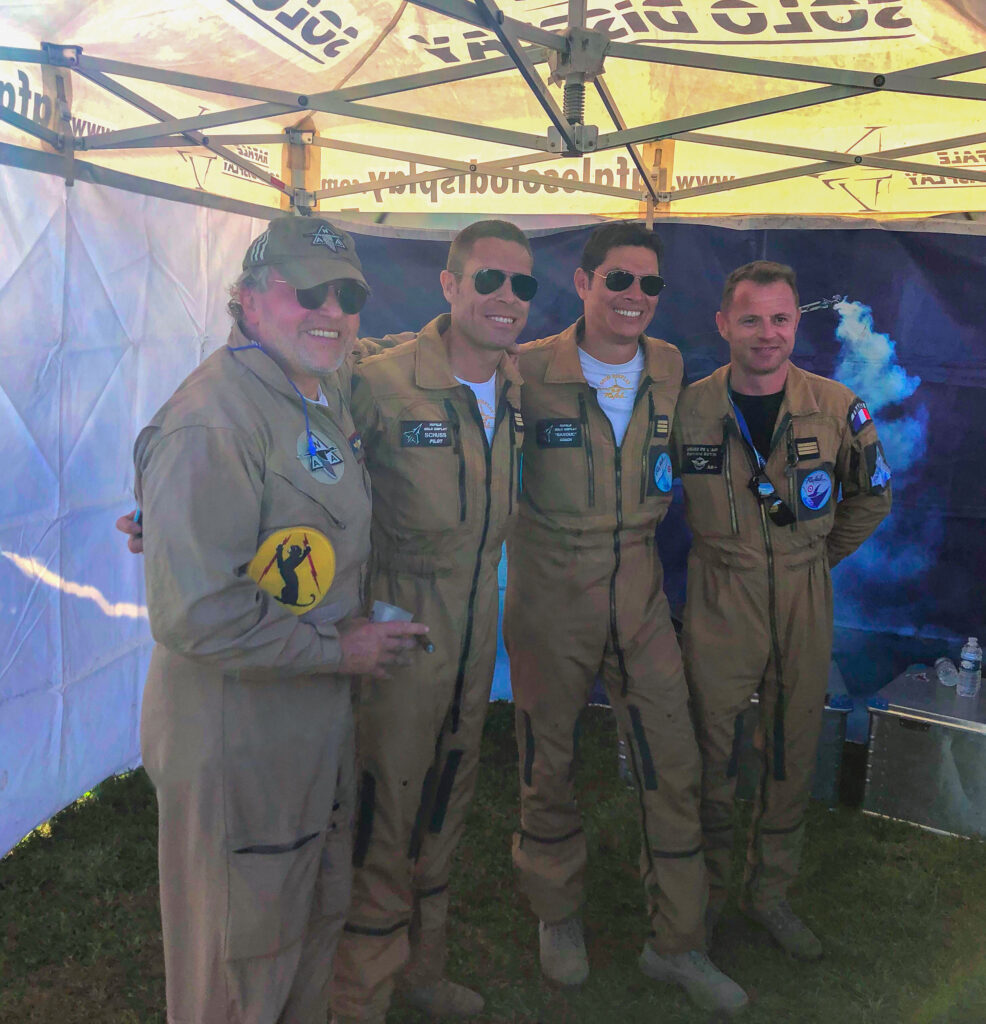 We were proud to add an historical dimension to the event, representing what we consider to be the pinnacle of propeller aircraft before the dawn of jet engines. The display on Saturday morning started as a formation between P-51 Frances Dell and P-51 Miss Stress, after which Georg “Kid” Raab continued with a solo aerobatics display, which marked his first airshow display outside of Germany with Frances Dell. Although the weather made it impossible to fly our second display on Sunday, Saturday alone was worth it. We were very pleased with how everything turned out and hope that the French public did enjoy this rare sight of two P-51s over European skies as much as we did.

Additionally, it was a great opportunity to socialize and get to know so many different people who all share the same passion for aviation in all its shapes and sizes. We look forward to strengthen those connections over the years to come and hope to be able to come back to Base aérienne 116.

See you at the next event! 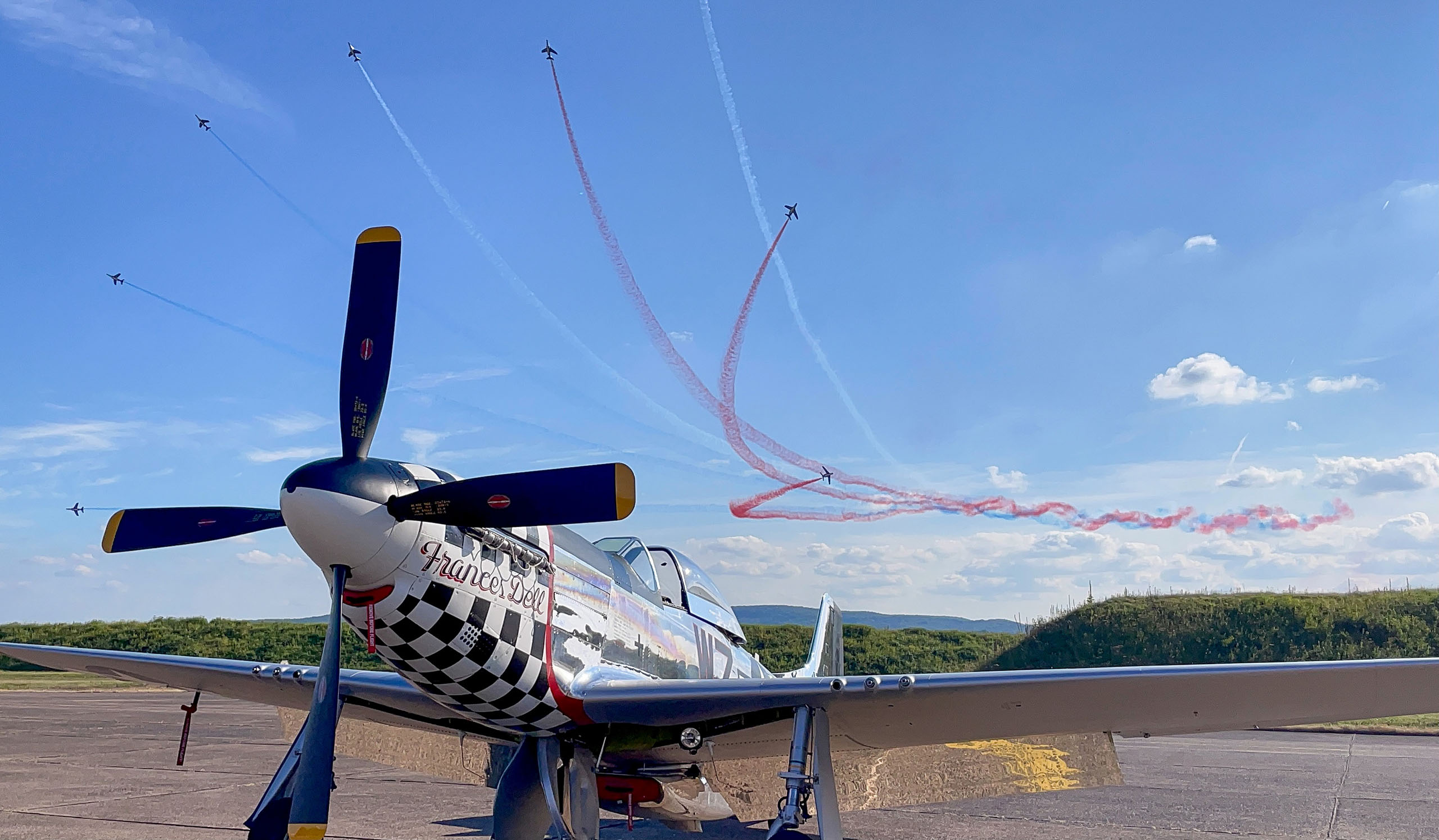 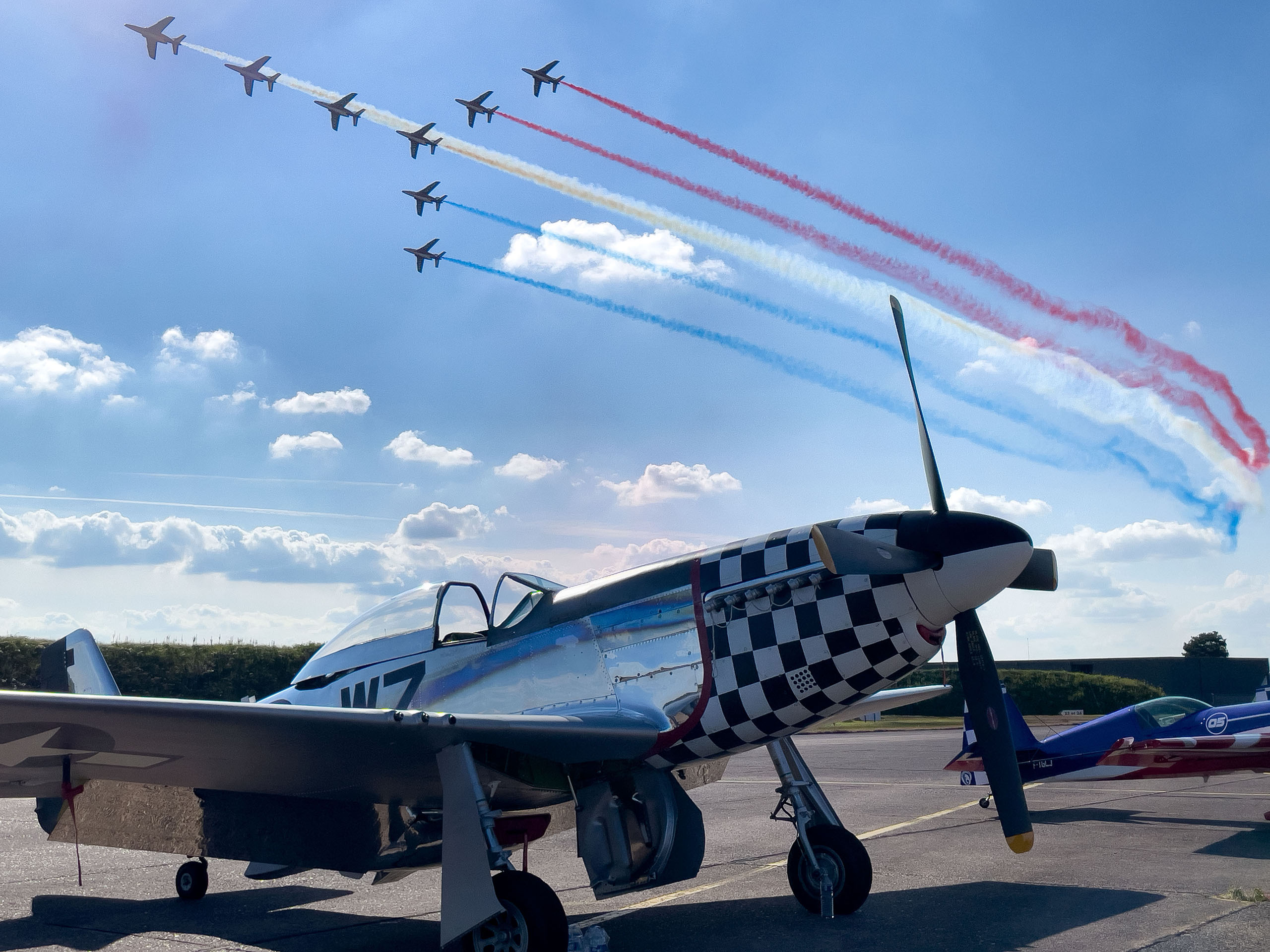 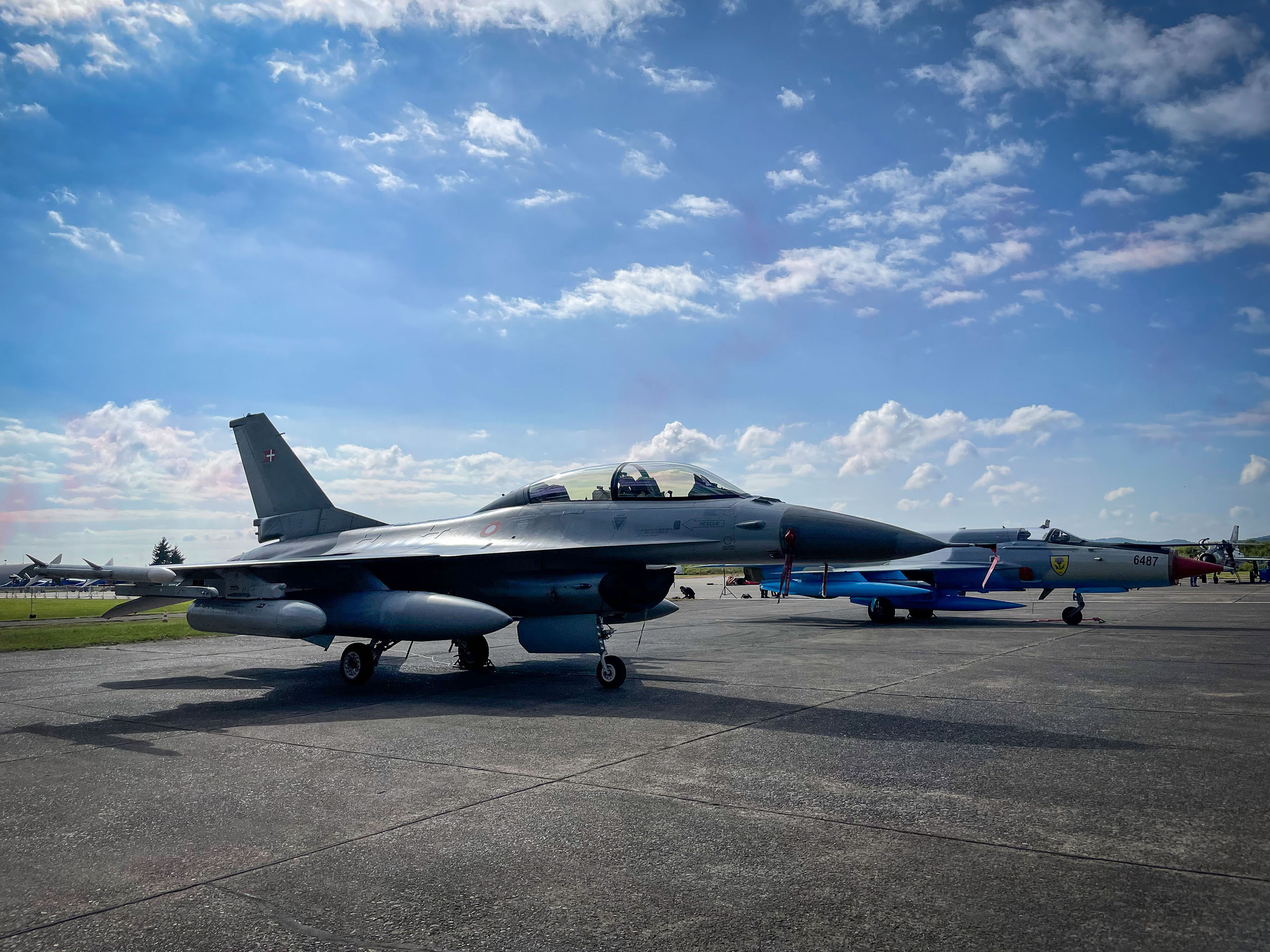 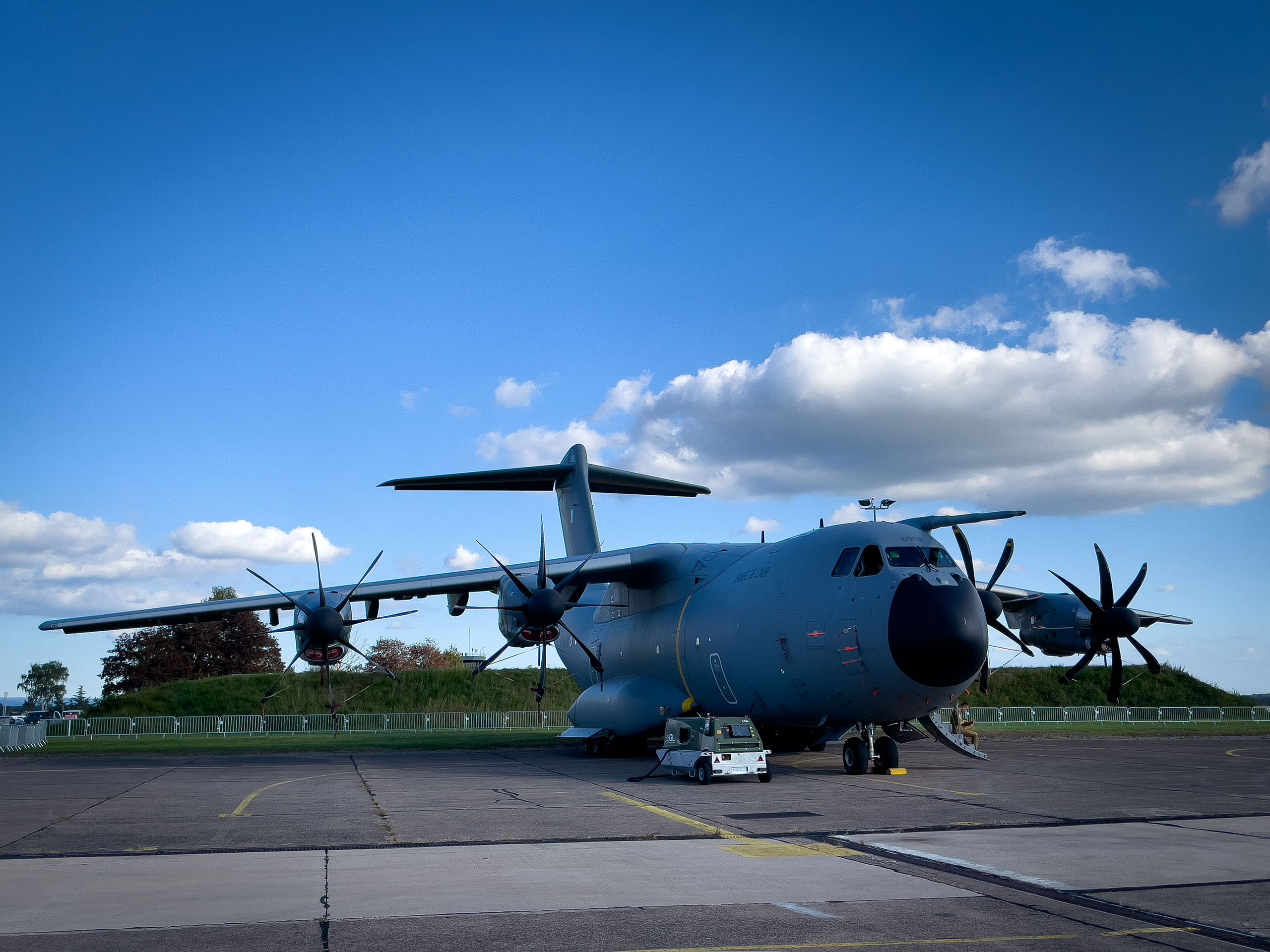 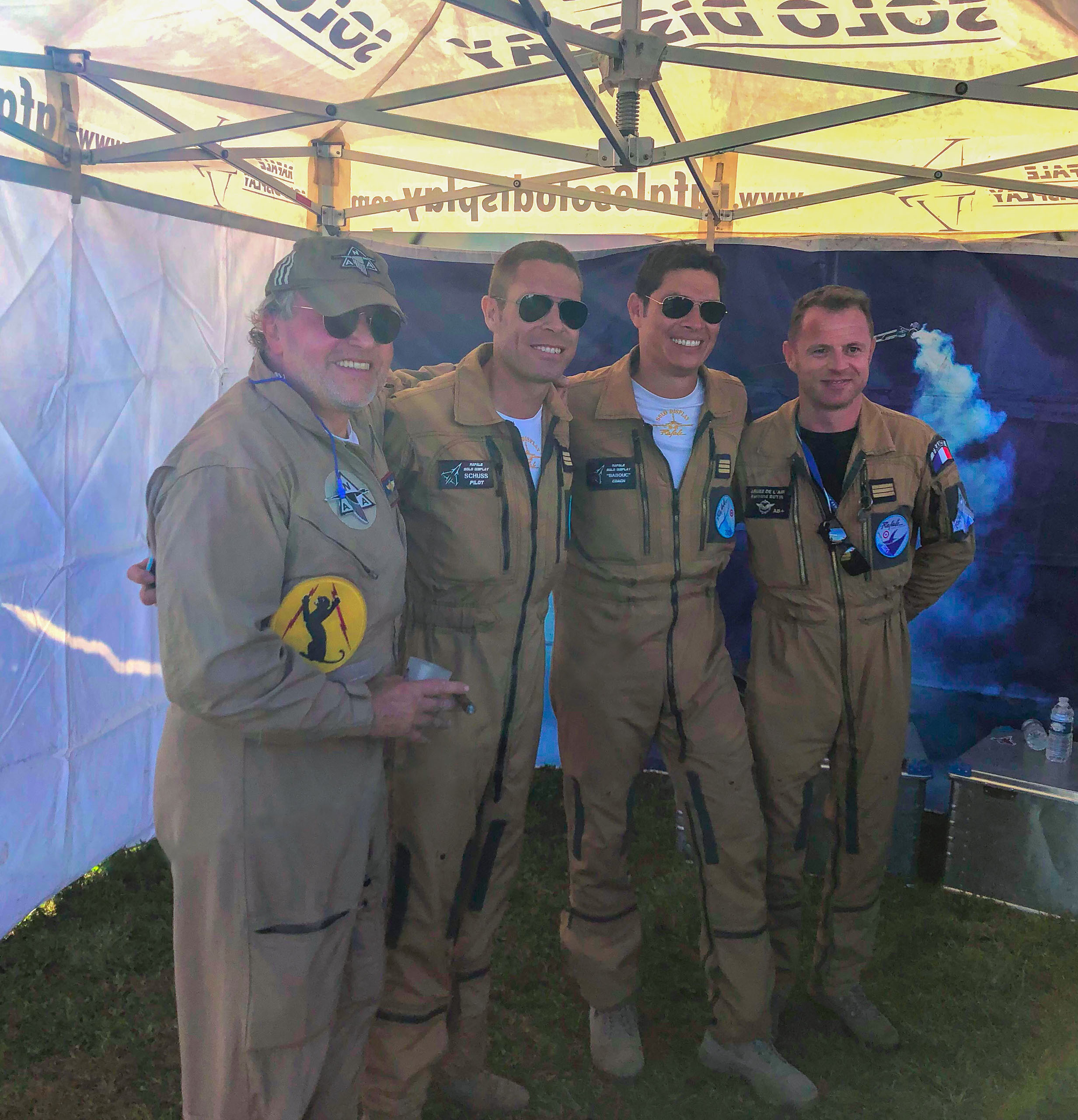