Earlier this month we had a special visitor at Siegerland airport: Nicolas “Vincent” Rossier, who was the Swiss Air Force’s F/A-18 “Hornet” display pilot from 2017 to 2020, came all the way from Payerne in Switzerland to spend a day with us and “Frances Dell”. Nicolas, who grew up around aviators, started building aircraft models as a young boy and then learned how to fly a glider at the age of 14. In 2004, Nicolas took his ambition even a step further and started his training as a military pilot for the Swiss Air Force. Since then, he had the opportunity to hone his flying skills with different aircraft, namely among others the PC-7, the F-5 Tiger and the F/A-18 Hornet.

It was delightful to hear a trained fighter pilot’s perspective on everything related to aviation and to explore the differences and similarities between operating modern fighter jets and historic warbirds like our P-51. Above all, it is always a special occasion to spend time with someone who shares the same passion for the golden age of aviation, a time when technology used to serve the pilot and not the other way around.

We would love to welcome you back at any time! 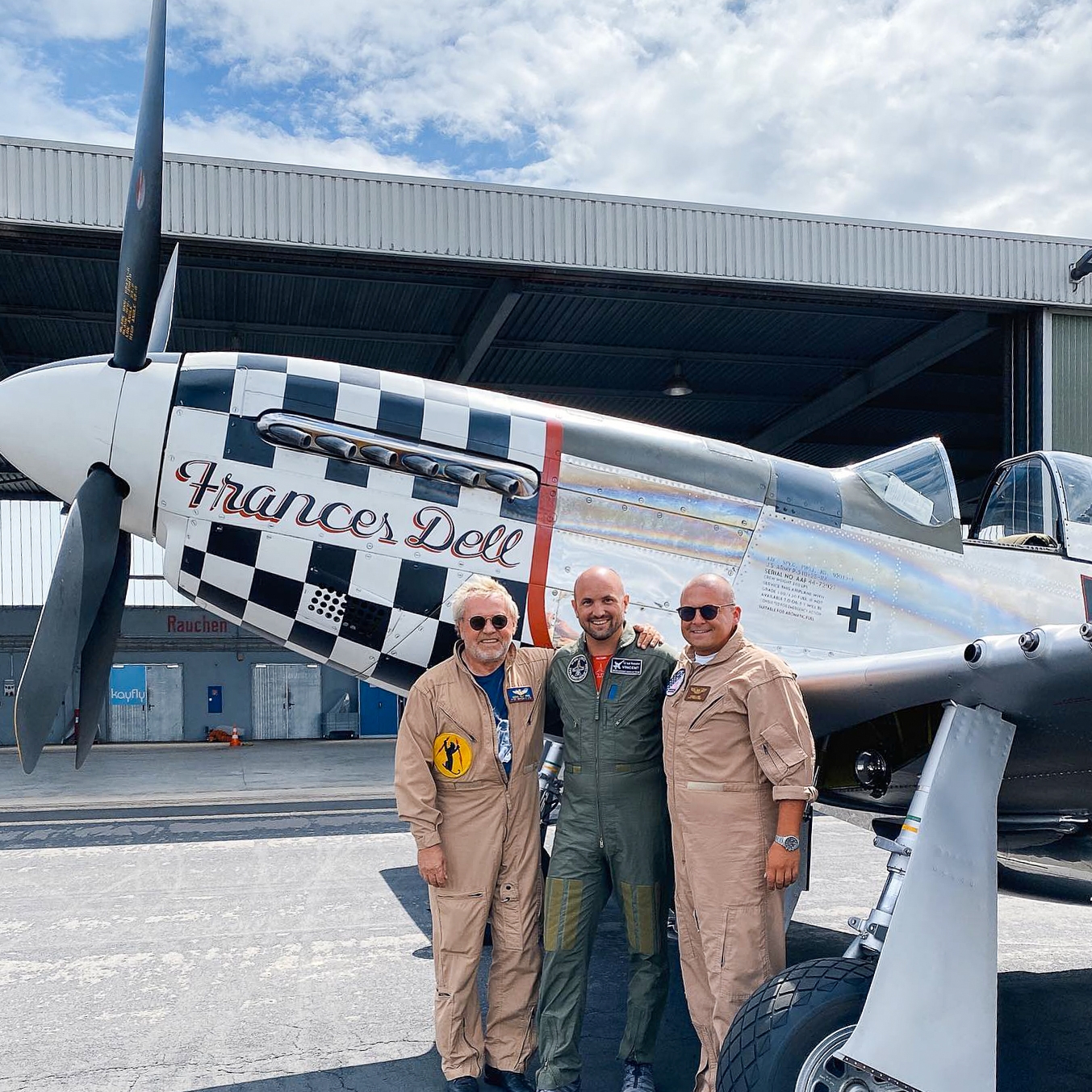